WHAT WEST AUSSIE MARKETERS CAN LEARN FROM FAT CAT 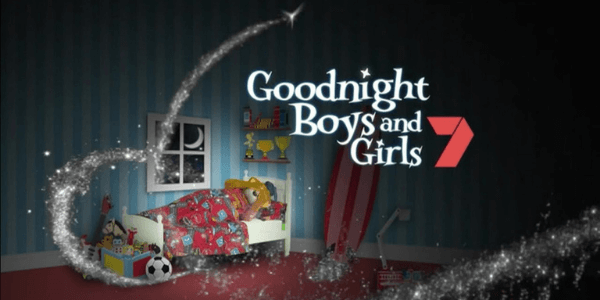 There once was a night when one forgetful videotape operator almost melted down the phone network across Tuart Hill and the northern suburbs of Perth, and it was all thanks to something that had become somewhat of a household institution.

It still happens today, but I suspect this nightly tradition has lost the power of earlier years thanks to the dramatically different TV viewing habits of Perth families.  Back in the day, before Foxtel and streaming services, when Perth only enjoyed three commercial channels plus the ABC and SBS, 7.30pm was universally recognised as the time Fat Cat went to bed.

Many years ago, when TV was still black and white, Channel Seven Perth produced its own local kids TV show and Percy Penguin was the star. In 1974, when Australians could watch TV in colour, it was decided that a more brightly clad character was needed to join the Children’s Channel Seven crew – that was how Fat Cat came to be.

Now, nothing against the Yellow Cat and his red overalls (of course, we won’t say anything about the now politically questionable phrase “fat”) but…seriously, how could a large version of a fluffy toy, with no ability to even say a word, turn out to have more influence than the Prime Minister?  At least, when it came to getting Perth kids to go to bed on time.

So back to the story.  The tradition, as some of you might know, was a 30 second pre-recorded segment in which Fat Cat would appear in his pyjamas and be gently tucked into his bed, placing his padded paws over his eyes (because of cause his eyes were plastic and permanently open), but the critical thing was that it always occurred at 7.30pm at night, every night.

On this fateful occasion however, when programs were literally threaded onto giant tape-machines, someone had forgotten to load up the “fat cat goes to bed” segment.  Across Perth kids went on strike.  There was an unwritten social contract between a significant number of parents and their children (generally under the age of five) that bedtime in Perth began when Fat Cat headed off for the night.  So, when Fat Cat failed to appear at the usual time in his pyjamas there was hell to pay!

The Channel Seven switchboard melted down (as did the nearest Telstra telephone exchange) as literally hundreds, if not thousands, of parents rang up to complain that young Timmy was entrenched on the lounge room floor resolutely refusing to go to bed.  Eventually, someone managed to alert the presentation manager who controlled the video playback system of this disastrous situation, and, at the very next opportunity, the tape was played, and calm once again descended across Perth.

I had 14 years as an employee at Channel Seven and I often marvelled at the power of the person who donned the Fat Cat suit and headed out to be mobbed at some station promotion.

I can remember sitting around the board room table, back in the 90s, having a spirited debate among Executives about whether the time had come to give Fat Cat a voice, as in the ability to speak.  I think, from memory, we tried out a few but without success.  I am so glad we failed because the fact is that Fat Cat didn’t need to speak…his hand expressions, the nodding head and the odd dance move were all he needed to win the hearts of his many fans.

In the mid-Seventies when “the Cat” made his first appearance I am not sure anyone would have known that he would arguably go on to become our most powerful brand symbol.  The marketing formula was powerful, almost beyond measure: One-large fluffy Cat = happy kids x happy parents = brand appeal.

My point in all of this is that brand is all about emotional connection and building heartfelt relationships – often it’s got absolutely nothing to do with intellect or overly sophisticated thinking. Fat Cat was never fancy…but he didn’t need to be! He didn’t need to talk, he didn’t need be some “hi-tech” mechatronic marvel – he just needed to be, well…Fat Cat – soft, cuddly and most importantly – loveable.  Because great brands are about what you love more than anything else.