THE BEST AMBUSH MARKETING WA HAS EVER SEEN 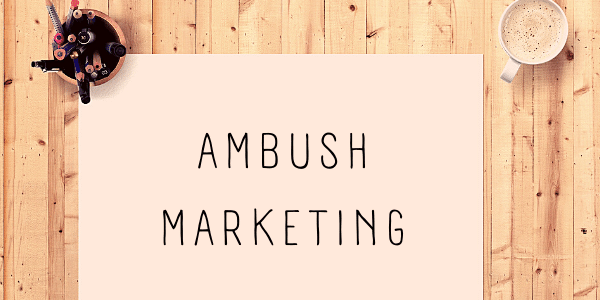 As you are probably well aware, commercial television is a cut-throat industry where any opportunity to get the better of your rivals is viewed as par for the course.

It was in this context that I was thinking the other day about the best piece of so-called “ambush marketing” I’ve ever personally witnessed.   For those of you unfamiliar with the term, it is usually applied when one brand finds a sneaky way to get its logo into something like an event that is being sponsored by a commercial rival.  A prominent example is when a certain brand of running shoes managed to get its logo to “magically” appear above the tunnel entrance where competitors were walking into the opening ceremony of the Los Angeles Olympics.  And yes, the very Olympics being officially sponsored by their fiercest rival. The cameras just couldn’t miss it.

My experience harks back to the late 1980s /early 90s when I was senior producer in the Channel Seven Perth’s newsroom.  The big story of the day – quite possibly of the year – was a group of Filipino sailors who were found alive miles out in the Indian Ocean after their iron ore freighter, en route from the Pilbara, broke up and sank.

Our newsroom was lucky to get a call from the Navy’s then PR officer asking if we could provide a camera operator to board one of their helicopters, which was on its way up to rescue the poor souls.  In the TV News game this is what is called a “pool-shoot”.  This happens in situations where there is only enough room, in this case on a rescue aircraft, for a single camera operator and, in order to treat all the networks “equally”, one TV crew is chosen BUT must give their strict agreement that whatever they shoot will be shared.

And so it was that on this day that a “cammo” called Bob got the call to be ready for a pickup from the Navy on our chopper pad in half an hour.  What was curious to me at the time was that before going to pack up his gear in the camera room, I saw Bob head up towards our marketing and merchandise department.  I thought nothing of it until a few hours later.

The rescue was a success – the helicopter located the sailors, winched them on board and headed for Fremantle where the whole media pack was assembled to film the lucky crewmen disembark onto safe ground.

It was on disembarkation, as the sailors stepped down off the Navy chopper that Bob’s trip to the marketing department suddenly made sense.  Up and down the row of assembled news crews came an outpouring of blasphemy and exceedingly crude language – all of it directed at Channel Seven.

The reason for the displeasure of the rival crews was pretty simple.  Rather than a soaking wet, raggedly dressed group of rescued sailors, came a smiling bunch of “rescued heroes” proudly sporting their brand-new Channel Seven Perth t-shirts.  Emblazoned in red across the white shirts was our logo and station catchphrase: Love you Perth!

A former colleague of mine, who was at the time a reporter at Channel Nine, later described to me how he and a video editor spent the next six hours meticulously trying to “cut” our logo OUT of the pictures for his 6pm news report.

Last off the chopper was a smirking Bob – sporting his cheeky wink as he walked past his rival crews and headed back to the station to, as duly required, send the vision he had captured to everyone else.

Now, I know that there may be some people who are a little uncomfortable by the ethics and morality of turning a group of Filipino sailors into human billboards.  But this was the late 80s/early 90s from memory – a very different time.

What sticks in my mind though was the sharp thinking of Bob who had never done a marketing degree and I doubt even to this day had even heard the phrase “ambush marketing”.

But an ambush it was and successful beyond just that day.  Three days later, the crew was flown back to the Philippines, receiving a red-carpet welcome on the runway of the Manila airport by the country’s president.  I was sitting in an edit suite watching the Reuters and BBC news feeds come in that day and yes, you guessed it, once again they featured those same smiling sailors sporting their Channel Seven “Love you Perth” t-shirts.

It was a piece of rat cunning on Bob’s part, although brilliant marketing as well.  Perhaps the two are one and the same thing sometimes…