MARKETING LESSON FROM A CEREAL BOX 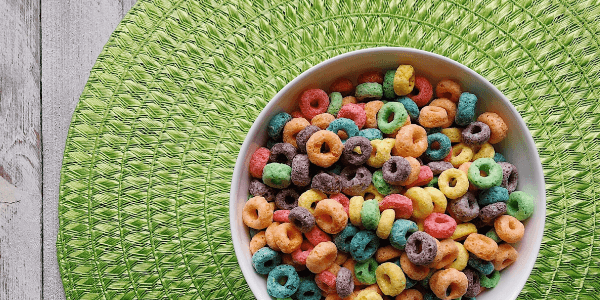 Without naming brand names, I was recently pressured into buying an extra large box of a particular cereal when shopping with my 8 year old son. His favourite sport, and the promise of prizes related to said sport, was plastered all over the box – which only dawned on me later as the reason that he was so keen on getting this cereal into our trolley.

You could say then that this was a successful marketing activity as the pressure kids put on their parents in the supermarket can never be underestimated – and the marketing team was clearly well aware of this.

Where it went off the rails was when it came down to the process of actually entering the promotion.

To begin with, I had to download an app to my phone. The app took a while to load, after which I had to enter my name and email. Again, it was the pressure of my sport-mad son that made me do it – if he was not such a fanatic, we might well have just left it there.

Next the cereal had to be removed from the box to access the codes that needed to be added to the app – the box, at this point, has been ripped to pieces by my son to try to access the code and promised prizes. The codes are printed halfway down so we essentially had to break open the box to read the long chains of numbers and letters and type them into the app. Oh yes, and of course, I had to stop and deal with the cereal mess before continuing.

Two of these codes did not work and needed inputting multiple times, to no avail. One code did work, then we had to scan the box again, wait for an activity to load and complete a series of tasks related to the sport, all from my phone.

The activity was cute and clever but, for me, it was onerous and annoying more than anything else – particularly as it didn’t work all that smoothly.

Anyway, at the end of all of this – 45 (long) minutes later – we won a sticker… which we will receive in approximately four weeks’ time and for which I had to follow another link to provide more contact details.

I can see the brainstorming process behind this activity – a marketing team sitting around a table, chiming in with ideas for the promotion until they reached this incredible and unique way to engage families with their brand.

It was my frustration with this exercise that led me to explaining the marketing trick to my son and, overall, made me feel less than favourable towards this cereal brand, at least for the moment. We will more than likely give the brand a miss for now and it’s safe to say my brand affection towards it took a little hit.

The marketing intention behind this activity was good and overall clever – the link to a popular sport and engaging children to put the pressure on their parents to purchase (which certainly worked in our case), while also giving kids positive brand associations.

Having said that, there is one valuable lesson I have taken away from this: always plot your user journey when planning a marketing exercise like this.

Earlier this year I was planning a brand engagement activity and put myself in the shoes of the target audience, going through the whole process over and over with a stopwatch. It became immediately obvious that while the idea had theoretical merit, it had real practical challenges in terms of the length of time it took for the engagement to take place. In the end I trimmed down the number of elements so the whole process would take no longer than 90 seconds. The end result was a refined execution that wouldn’t lose the attention of the busy people it was intended for – while still being memorable for them.

When you are workshopping it around a table, all the steps and add-ons, extra messages, clever activities and opportunities for data collection may sound like great ideas. But always remember who you are wanting to engage and keep in mind that THEIR attention span for your brand is a lot less than that of its marketing team. In other words, keep it simple – often restraint is the key to success.