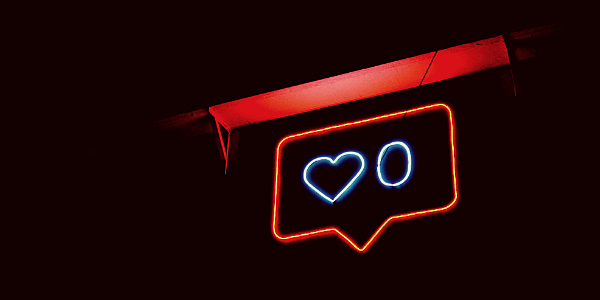 Fake vs. Firestorm: How to assess the risk of critical Facebook posts about your company

As a cadet journalist on a provincial newspaper back in the 1980s, I quickly worked out that my main reason for existence was to pick up those jobs that the more senior reporters and sub-editors viewed as laborious and distasteful.

One of those roles was taking charge of the Letters to the Editor section.  It was a thankless task opening up envelopes stuffed with the rantings and ravings of readers, most of them handwritten and often illegible.

I quickly learned that the Letters’ page was dominated by a number of what we might call “serial correspondents”.  Over time I developed a grudging admiration for their tenacity.  I recall one fellow in particular, who once submitted a nine or ten page dissertation on the economic downfall of the country as a result of failing government policy.  It turned out to be nothing more than a bizarre piece of plagiarism – a word-by-word handwritten copy of a speech by a politician lifted direct from the parliamentary Hansard.

Some thirty years later, while newspaper readership is on the decline, social media has proven a boon to what are commonly known now as “keyboard warriors”.  And, it could be argued, their ability to influence public opinion is more powerful than ever before with this new mode of opinion writing unhindered by editorial review and fact-checks prior to publication.  Consequently, we see misinformation and conspiracy theories abound.

While there is good reason to be mindful of the potential for the rantings of an individual on a platform like Facebook to light the fire of public scandal, I would always urge caution to avoid an over-reaction.  Over the years I have had many a call from a client anxious about a criticism of their organisation aired in a social media post, comment or online review and asking for advice on how to react.

Firstly, it is important to appreciate that the views expressed by one or two individuals on social media are exactly that – the views of one or two people. Often they are not indicative of wider public opinion. The vast majority of people simply don’t have the time or the inclination to read, let alone add their voices to the mutterings of a fellow Facebook user.

In the case of opinions expressed on Twitter, I am even more sceptical as this platform seems to me to largely have become an echo-chamber dominated by journalists, politicians and would-be influencers seeking to “out-do” each other with their witticisms and cynical wisecracks.

So what should be your response to an outbreak of social media commentary about an issue concerning your organisation?  I need to begin with a cautionary note that every situation is different and some circumstances may require specific responses but, in general terms, here is my advice.

Firstly, don’t ignore or assume.  Blithely dismissing a social media rant can be a big mistake.  Remember that in the ‘Court of Public Opinion’, perception always rules over the facts.  On the other hand, don’t be provoked to provide an instant response.  The best approach is to monitor and see what comes next.  In many instances a fiercely provocative post will come to nothing. However, if it becomes obvious that the post is sparking supportive concerns and comments from others, it could be worthwhile responding.

Secondly, the tone of the response is as important as the content.  Don’t be defensive but also avoid the perception of aggression – simply state the facts and make it clear you are open to hearing from anyone with concerns.  That’s possibly the most important action of all in these situations. In extending an invitation to directly listen to genuine concerns, I would advise asking people give you a call, direct message/email or arrange a meeting.  People who hold genuine, deeply felt anxiety will appreciate your willingness to be open and to take their concerns seriously, even if they elect not to take up your offer.

I would advise against engaging in an ongoing debate with the provocateur on the social media platform itself.  They may continue to rant and rave but posting continuous responses may only be fuelling the fire.  It also illustrates to others who may be viewing the conversation that you are not running away nor engaging in conflict but are willing to listen and help – this can only enhance your brand and reputation.

Finally, if you have an issue emerging that is likely to provoke genuine concern and anxiety, use your social media channels to get on the front foot.  Have your messages prepared in advance with a link to a page on your website where readers can go to get the facts in more detail and be advised of how to make direct contact if they have further concerns.